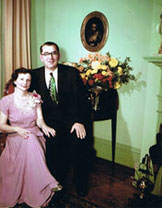 Bill is fondly remembered not only for his hard work and intuition, but also his stories of how he personally bottled and then sold Nehi out of his car. Bill used to tell a story of traveling from Winchester to Middleburg and on a “really good day” selling two to three cases. Chero Cola (Which was renamed Royal Crown Cola) was introduced to the Nehi flavor line and the company’s name was changed to Royal Crown Bottling Company of Winchester, Virginia. 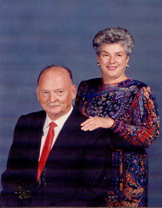 Bill and Margaret’s son Ed, an officer in the Korean War, and his wife Ruth became involved in the family business. In the 1960’s Ed acquired Dr Pepper, Mountain Dew and Canada Dry franchises and added a facility in Hagerstown, Maryland. RCBC of Winchester remains one of the three original “Sweet 16” non-Pepsi bottlers in the world.

From RCBC’s beginnings on North Cameron Street to the current location on Shawnee Drive the production of canned and bottled soft drinks has increased from a few cases a week to over 2 million cases per year.